As the year comes to an end, it’s finally time to assess everyone on their beauty-related decisions. Some were fantastic, and some got weird very quickly. We’ll start on a positive note: 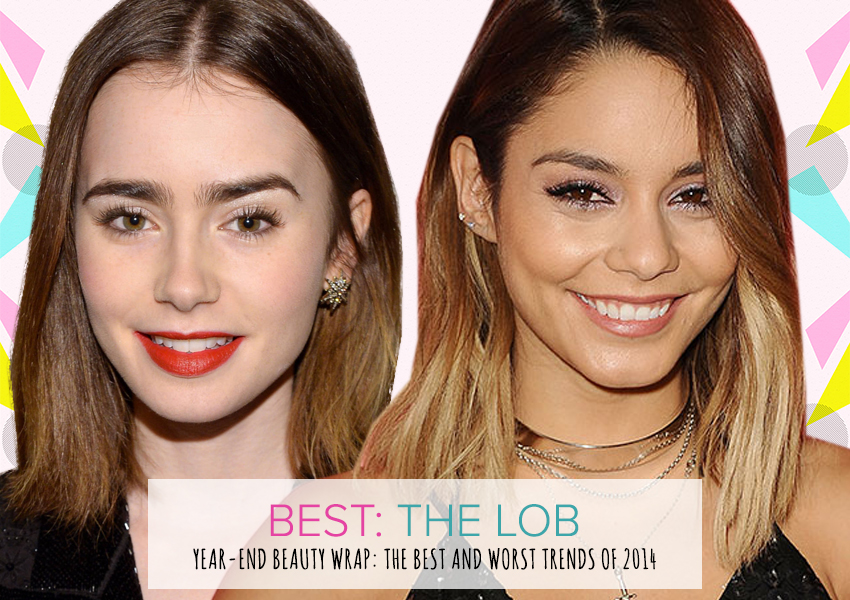 It seems as if everyone over the summer hacked off their long locks for a tousled, shoulder-skimming bob. In fact, people were pretty much calling any crop a “long bob” just to be trendy, and even coined a term for it: “the lob.” This mature and stylish look was seen on countless celebs like Lucy Hale, Vanessa Hudgens, Olivia Palermo, Lily Collins and even Queen Bey. 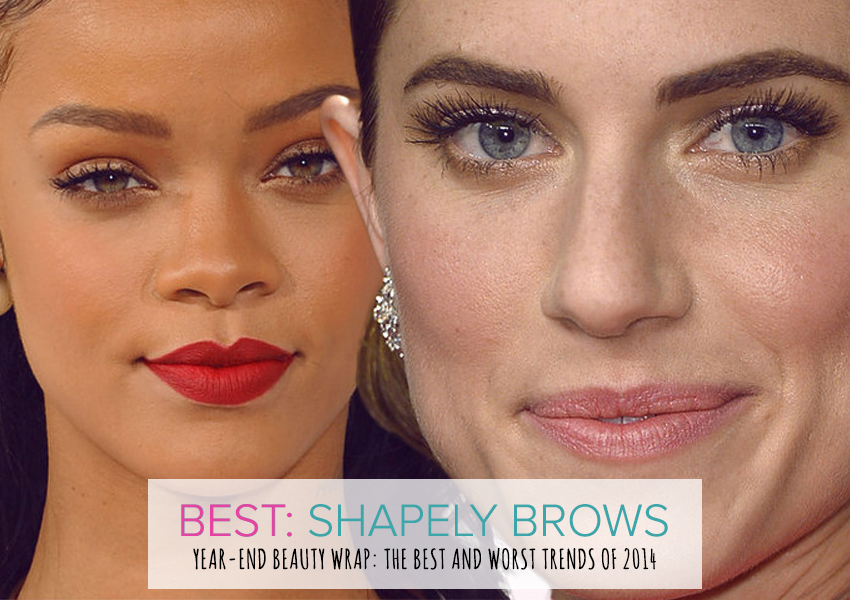 Apparently, everyone learned to do their eyebrows in 2014. I know this because each of us have that one girl on Instagram who posts a bi-weekly selfie with the hashtag “eyebrowsonfleek.” While bushy, au-naturale brows à la  Cara Delevigne were once the desired look, highly defined arches were the coveted brow shape this year. We’re into it. 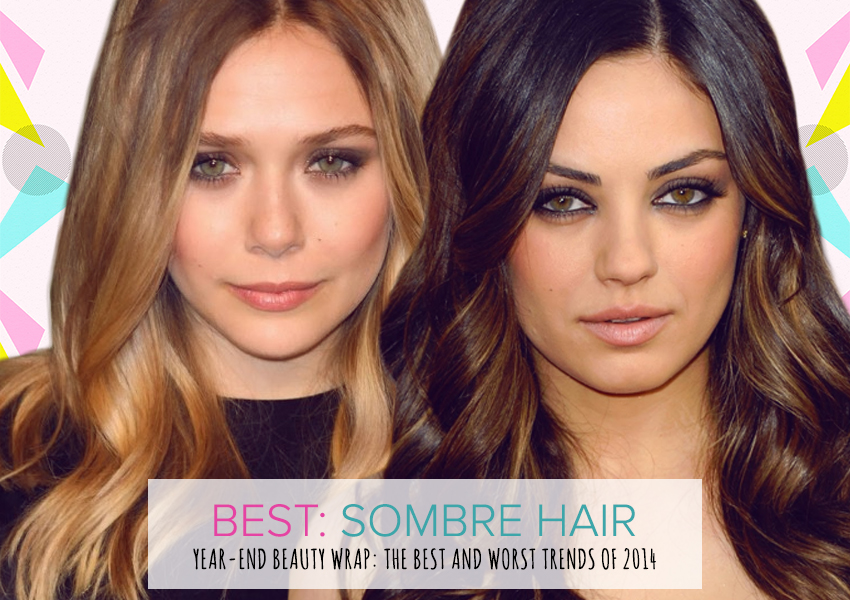 This trend was a glorious breakthrough, because harsh ombres make me cringe. The “sombre” (soft ombre or sun-kissed ombre) is a much more natural version of the un-ending trend. Instead of the lighter ends fading to solid blonde, the pieces are more like strategically placed, grown-out highlights. Obvious roots are (thankfully) becoming a thing of the past.

And now, THE WORST: 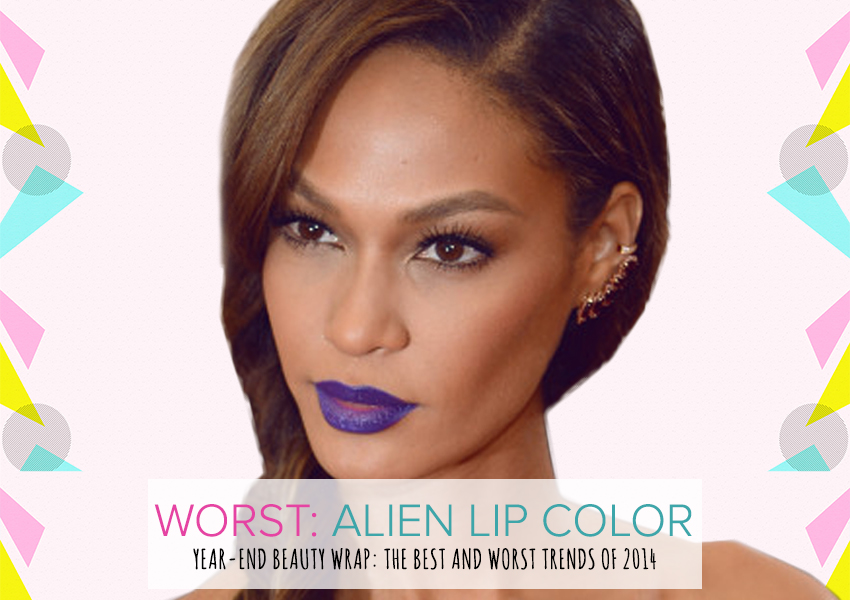 Can we all just agree that blue lips aren’t cute? Neither are green or purple lips, in any social setting, unless you’re standing on a street corner in Tijuana. I’m all for a dark lip, but sampling the rainbow spectrum on your mouth rarely works. Only  Rihanna can pull off a primary colored pout. It’s Rihanna. 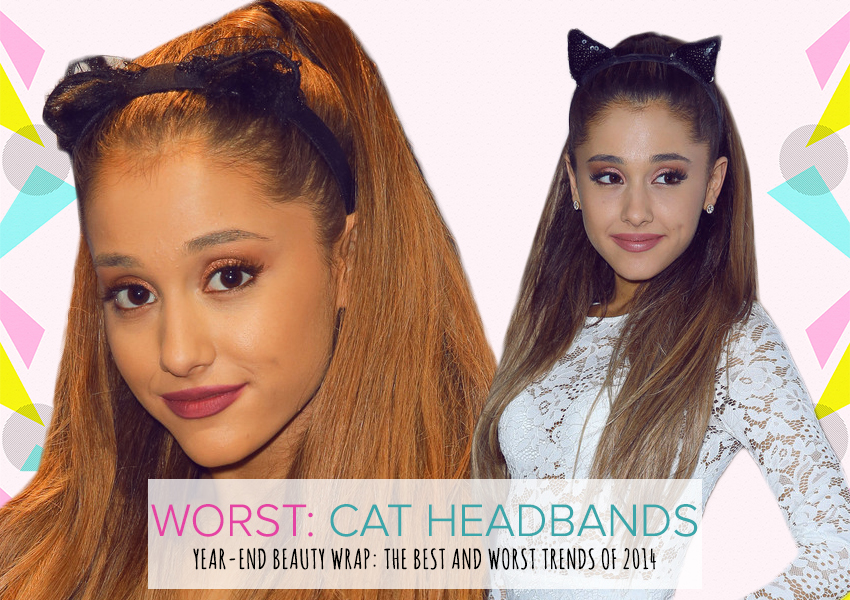 Seeing any full-grown adult sporting a cat ear headband on a day other than Halloween makes me seriously question them. Perhaps they’ve escaped from the ward. Even if they’re more subtle, wire headbands, it’s just a slightly awkward look. I’m lookin’ at you, Ariana Grande. 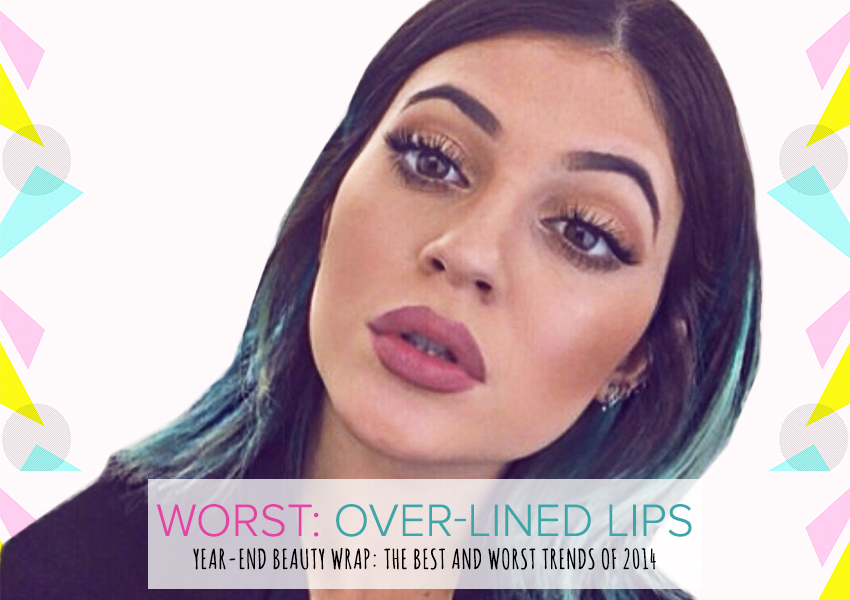 Made ridiculously popular by Kylie Jenner, over-lined lips were the new thing to try in 2014. Kardashian-lovers are lying to themselves if they think that Kylie hasn’t had lip injections, which further leads them to believe that coloring outside of their lip line will look normal and just like hers. Realistically, this makeup trick will just look silly on most people.

Sara Luse
Sara is a student at The George Washington University. She loves sharing her need-to-know beauty and fashion tips, and thinks everything should come in leather. She can't live without NARS bronzer, Voluspa candles or her four cats. THE CONVERSATION What do you remember from seeing “The Interview”? “Dave Skylark (played by James Franco) goes...

December 31, 2014
Copyright 2017 Meets Obsession Media LLC. All Right Reserved.
Back to top
X
OuiPlease: Have France Delivered to Your Doorstep…BeautyIf you're a struggling city dweller like me, visiting France is like a sad distant dream that you only get hopeful about when you're peaking on the el…

X
You Need to Try These 5 No-Fail Beauty Trends in 2015…BeautyA new year should also include taking new risks, which is why we've put together a list of beauty trends you you should absolutely try this year.…