Two Dudes and a Movie: Random Thoughts on Seth Rogen and James Franco’s “The Interview”

What do you remember from seeing “The Interview”?

“Dave Skylark (played by James Franco) goes to North Korea because Kim Jong-un’s a fan of his talk-show. The CIA asks him to kill Kim.”

He goes with the fat guy.

“Honestly, if they made even a dollar off that movie I’d be sad. Normally the two of them are really good in movies, but this was just bad.”

Man, it was predictable as fuck. 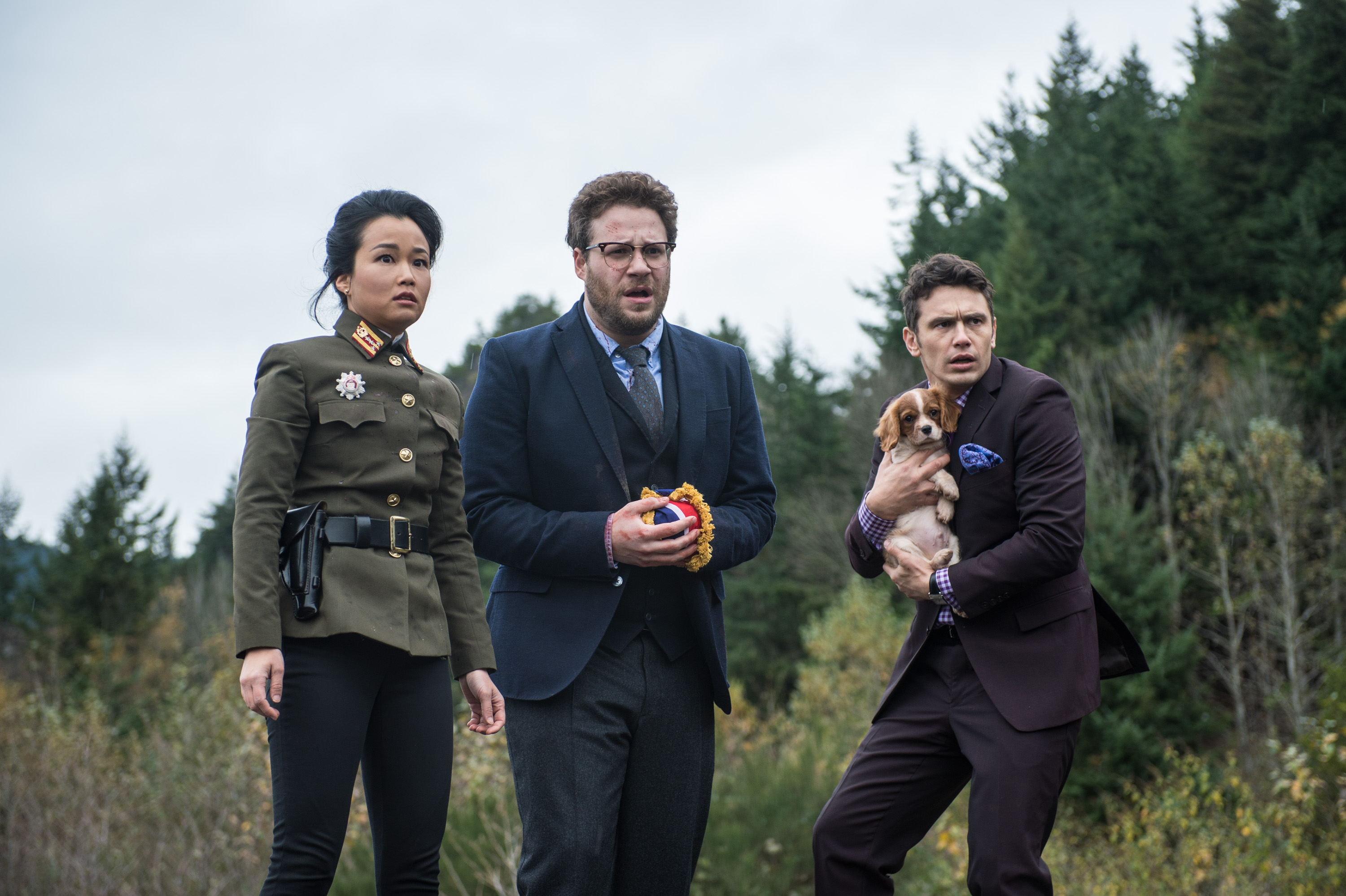 Diana Bang, Seth Rogen and James Franco in “The Interview.”

They spoon-fed you everything, and it wasn’t hard to connect the dots. I knew that North Korean woman (played by Diana Bang) was going to fuck Seth Rogen.

“It was comedy for if you’re like twelve. They dumbed everything down and made the movie through the perspective of a thirteen-year-old. There were those same sex jokes and references that every other movie has.”

It was pretty dumb how they sexualized the CIA lady (played by Lizzy Caplan) for no reason.

I’d give it one star.

“I’d give it like four because it’s something you’ve got to see but won’t really enjoy.”

Why do you have to see it? 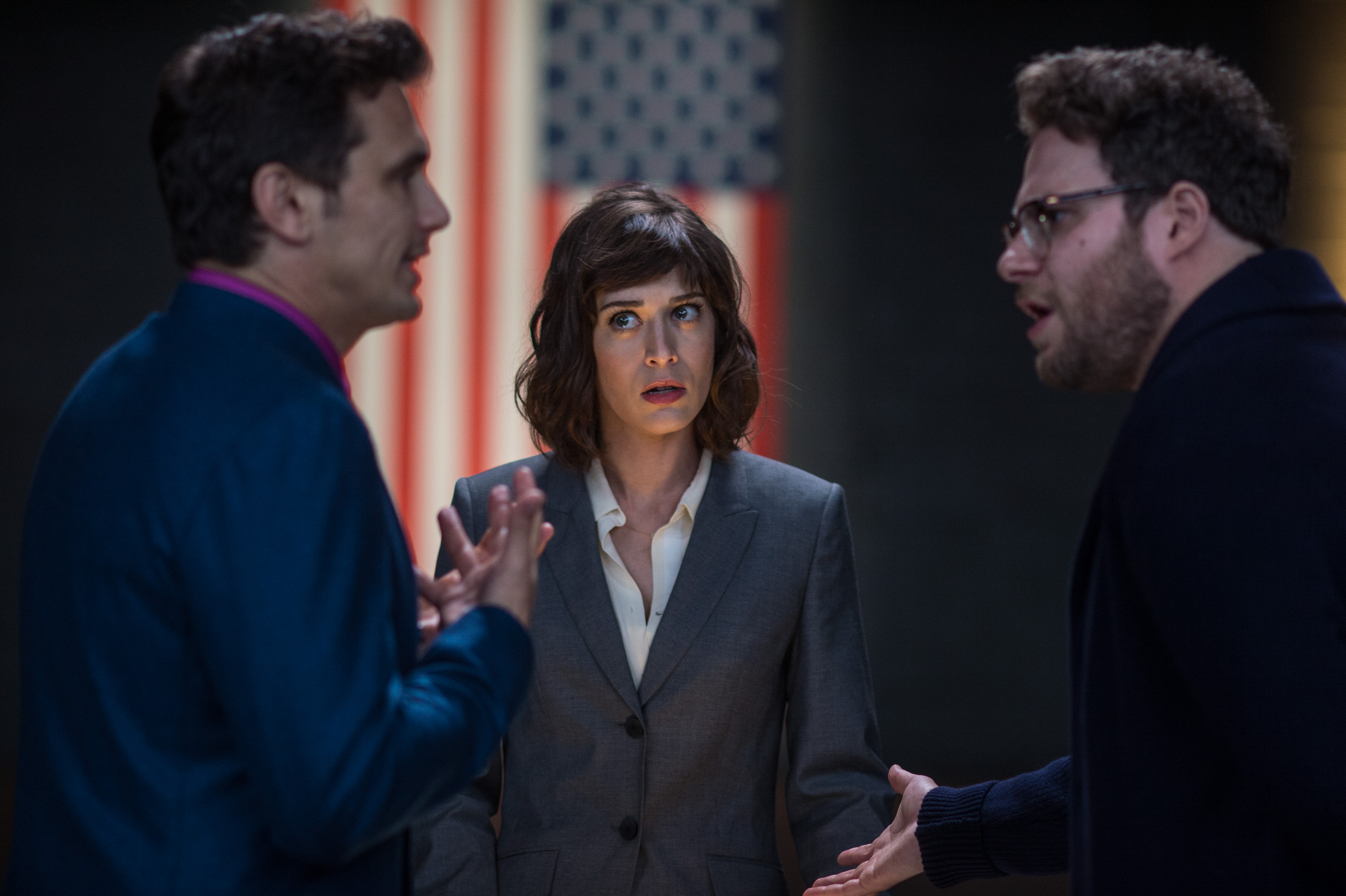 James Franco, Lizzy Caplan and Seth Rogen in “The Interview.”

“Because they made a big deal over it and there was a lot of controversy. It’s not their best, but if they got more famous because of it then I guess that’s okay.”

What was the point of making the movie?

“Maybe they’re trying to get back at North Korea for thinking Americans are just fat and selfish. It’s kind of like propaganda. It’s trying to show like, ‘Whew, America, the badass.’”

Yeah, I didn’t like how Franco played him. He had a dumb accent.

“James Franco kept trying to make gay innuendos. They had like this bro moment.”

It was very predictable, honestly. 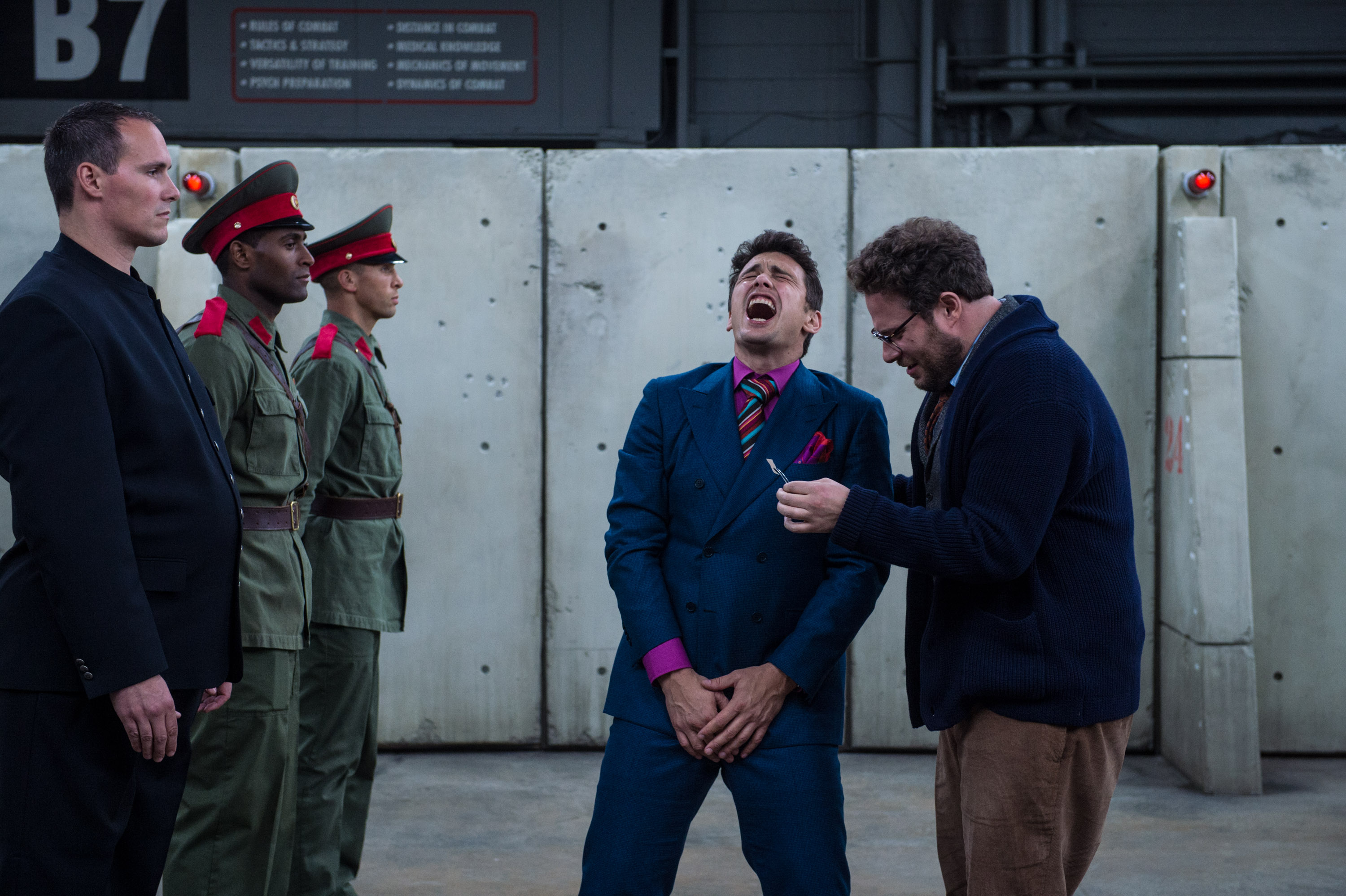 James Franco and Seth Rogen in “The Interview.”

All the action shit was predictable too. I felt like I’d seen it hundreds of times already.

“That Katy Perry scene—that was some childish humor.”

And they did that joke like five or six times.

I don’t think he was that serious in “The Interview.” He had a lot of dumb lines. The bro moments were cringe to me. They also made hella “Lord of the Rings” references.

“Those were very bad and very random. I feel like they’d be funny if they were done once.”

Did you like any of the scenes from the movie?

“Yeah, I liked a couple of the scenes like—”

The Eminem skit was pretty funny.

“It was probably the best part.”

That was only like five minutes into it too.

“All those entertainment companies do that. I’ve seen shit in like magazines where blank blank celebrity is rumored to actually be wearing a wig or something. It’s funny how you can make a movie about North Korea and not know anything about it too.”

“It’s easy to find out how many nuclear weapons North Korea has by Googling it, apparently.”

The Interview is currently playing  in select theaters and
available to watch online at Google Play, Youtube and iTunes. For winter, one of our favorite closet additions is a furry sweater. It’s chic AND functional, since it will keep you warm...

December 30, 2014
Copyright 2017 Meets Obsession Media LLC. All Right Reserved.
Back to top
X
#Film: The Big Deal About AnnieComedyTHE WHO Jamie Foxx, Cameron Diaz, Quvenzhane Wallis, Rose Byrne and Bobby Cannavale in a film by William Gluck THE WHAT: A 2014 modern musical inspir…