Ending the War on Mary Jane – The Holidazed Issue

Legalization is the
Talk of the Town

From D.C. to Colorado to California, cannabis – or “pot” to our parents’ generation and “weed” for ours – has been making headlines across the country. This past November, recreational usage was approved by voters in both Oregon and Alaska, allowing them to join Colorado and Washington – who voted it legal in the 2012 elections – in legal marijuana use.

Washington D.C. poll-goers also voted in favor of recreational use just last month (medical marijuana is already legal in the capital, as well as in 23 states). However, due to taxation issues, D.C.’s legalization gets murky. According to “tokesperson” activist, film producer and comic Elizabeth Croydon, this is the third time the nation’s capital has voted to legalize the drug.

“D.C. was actually the first city to ever vote it legal, but, ­because it’s not a state, congress said ‘in your dreams,’” explains Croydon. She refuses to call it cannabis; to her, it is simply weed. “I work for legalization everywhere. As a comic, I have a certain freedom about being able to say and do whatever I want, and I think the current weed laws are ridiculous. It’s important to make it commercially legal. Weed could and should be treated like alcohol.” 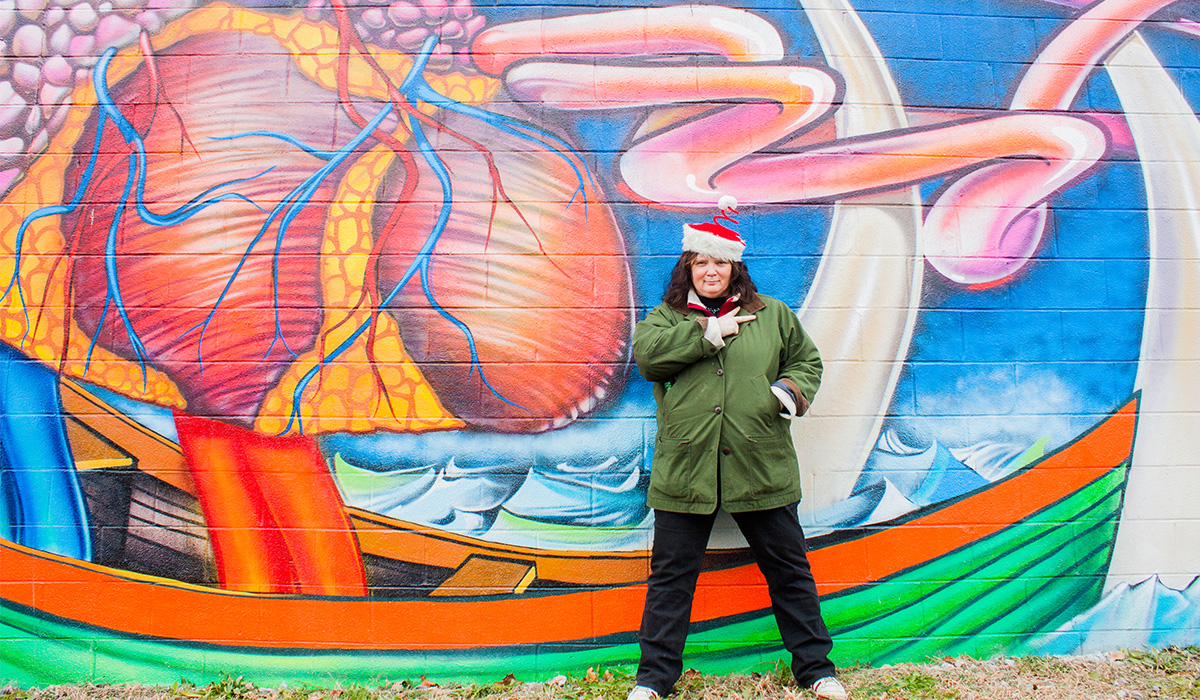 The controversy surrounding the drug has existed for decades. It has been labeled a “gateway drug” and has often been blamed as the first step in a heavy drug user’s addiction. Yet, this natural drug has proven to be no less healthy than alcohol and cigarettes – and it is a useful medical and pain-relieving tool. With medical marijuana slowly winning over non-believers, activists’ voices have only gotten louder. These supporters believe it’s only a matter of time before federal legalization.

“I could go into countless reasons why our movement and advocacy work is so important –medical ethics, health freedom, overcrowded prisons, the cost to the tax payer, the dangerous drug cartels and underground criminal systems that are empowered by prohibition. There’s also environmental issues, and many costly failures of this prohibitionist system,” says activist Mary Patton. “Suffice it to say, one does not need to have a personal interest in consuming cannabis in order to see that the laws are unjust, irrational and downright harmful to society.”

Though Patton no longer partakes in the drug, she’s seen first-hand the benefits of medical marijuana as well as the abuse of the drug’s illegal status. As a teenager, when she occasionally smoked, Patton was subject to a random search and seizure that led to a false arrest. The incident led her to activism, which was fueled further by the activism of her uncle – a “self-proclaimed medical marijuana patient.” Today, Patton sits on the Executive Committee for the Coalition for Cannabis Policy Reform. She also works as a consultant for business development, marketing and PR within the cannabis industry. Her client list includes Tommy Chong, Melissa Etheridge and Montel Williams.

In regards to the medical use of marijuana, Patton shares a piece of Tommy Chong’s personal story. The author and iconic actor – known as one half of Cheech and Chong, and Leo on That Seventies Show –has long been a face for marijuana use.

Not surprisingly when Chong was diagnosed with prostate cancer in 2012, he turned to medical cannabis to help fight the disease. His drug of choice: cannabis oil. Months later, after using a high potency cannabis concentrate to treat his tumor (currently a very controversial cure) Chong announced that he was cancer-free.

“It’s amazing what medical cannabis is doing,” explains Croydon, who notes that cannabis oil injections have been found to significantly decrease tumors in many cancer patients. A wearer of many hats, Croydon says that her primary activism goal is now centered around making sure that “patients get access to weed without the cost.”

A supporter of recreational use as well, she personally uses marijuana as a stress reliever. “I’ve never found alcohol to help,” she explains. As a “constant intellectual,” she says the drug helps her relax without impairing her senses or her speech.

In the name of stress-relief, Croydon, who is currently living in the D.C./Maryland area, also advocates for the right of off-duty police officers to toke. She references an officer she practiced aikido with, who showed signs of alcoholism due to his high-risk job. “I started talking to him about weed, and when he eventually started treating himself with it he stopped shaking.” 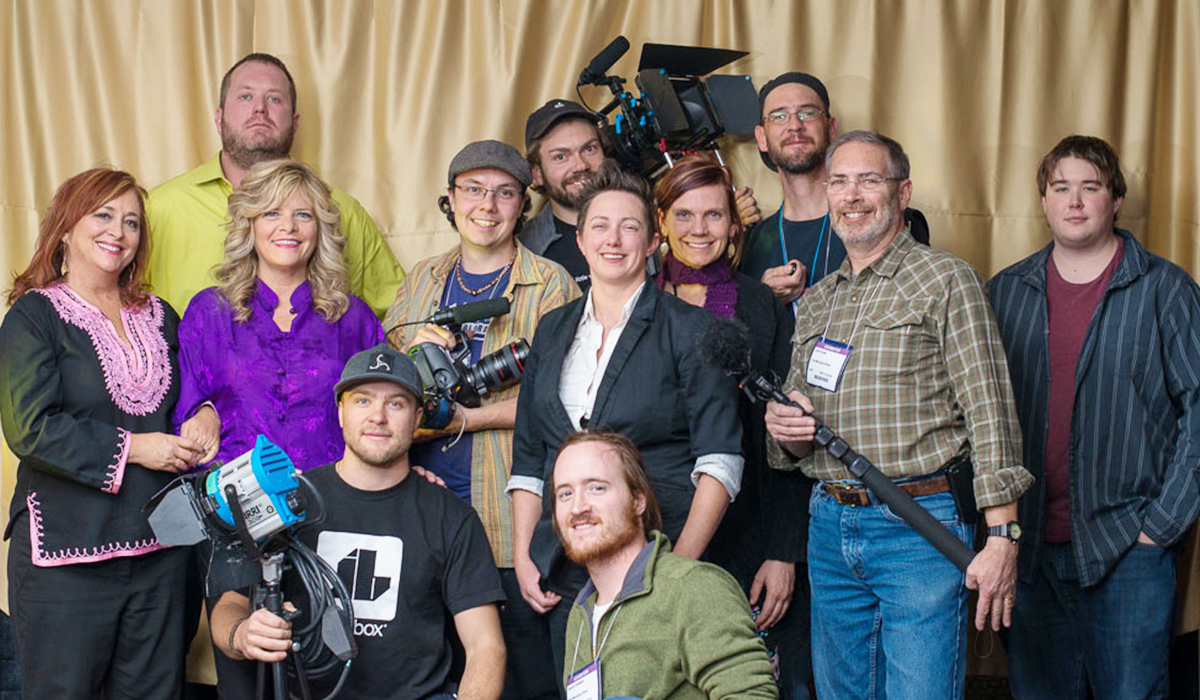 Filmed in Denver, Colorado, wives Robbins and Paul created the series that has been described as “Shark Tank meets The Apprentice for budding ganjapreneurs,” in hopes of finding the next marijuana millionaire.

Out of 200 people who auditioned for the show – which is currently airing in 12 –minute episodes on the website – ten hopeful entrepreneurs were chosen.

Robbins and Paul then sent the finalists to a three-day intensive workshop to meet with lawyers, accountants, PR heads and so on in order to perfect their business creations – all of which incorporate cannabis (or hemp) in some way.

The couple expects the series to help change how non-smokers perceive cannabis. “We’re working to create a community where collectively, we educate, activate and legalize cannabis. We want to work with big pharmaceutical companies, politicians and thought leaders to start a conversation,” says Robbins, a two-time Emmy winning producer and director. “Though the business is a baby now, the more we can help ganjapreneurs become savvy business people, the better.”

On the business side of legalization, Colorado is already showing big numbers in tax revenues. According to Paul, a longtime media executive and professor, the state has already made $20 million in taxes on marijuana. By the end of the first fiscal year, state officials expect the total tax revenue to be between $60 and $70 million. “We’re changing the economies of every state with cannabis. We aren’t doing a show about stoners; it’s a business show, where we want to infuse this new industry with a sense of partnership, respect and collaboration,” Paul sums up.

“There’s so much misunderstanding about cannabis,” explains Robbins. “Knowing that if we make a mistake, we could end up in jail, so we’re careful and stay up on the laws – the challenge is that they change daily. We believe in safety regulations. Clearly stating how many milligrams of cannabis is in an edible for instance, making sure it’s child proof ­– though alcohol and tobacco is not child proof. Still, this is a new industry and we can do things differently and better.”

But not everyone is jumping on the legalization bandwagon. Before Alaska voted it legal, the Alaskan Association of Chiefs of Police put together a list of reasons why they stood against legalization. Among these reasons, an increase in the number of impaired drivers, higher potency strains, and the possibility of drug commercialization increasing the opportunities for youth to use the drug stood out as the biggest objections.

But instead of taking an either/or stance, Smart Approaches to Marijuana (SAM) is a bipartisan organization that wants to neither criminalize nor legalize cannabis. “Historically, this issue has been presented much too black and white,” says Kevin Sabet, the co-founder and current president of SAM. “We want to talk science, not scare tactics; it’s why we have medical professionals on our board.”

Opting for a health-based argument, science is the tool with which SAM has chosen to fight the legalization battle. Sabet notes a mid-eighties Swedish study that found a link between schizophrenia and marijuana usage. The study suggests the two are connected by a dose-response relationship. “Basically, the more you use, the more risk there is,” explains Sabet.

In recent years, scientists have learned that the weed smoked today is not the same weed  from the days of Woodstock. In fact, today’s drug has proven to be ten times stronger than it was in previous decades. “We don’t want to exaggerate true health harms, but we’re better at agriculture today, and we’re also better at genetic modification,” says Sabet. He adds that, with legalization in states like Colorado, warning signs are already appearing. “We’ve already seen an increase in poisoning and impaired driving.” 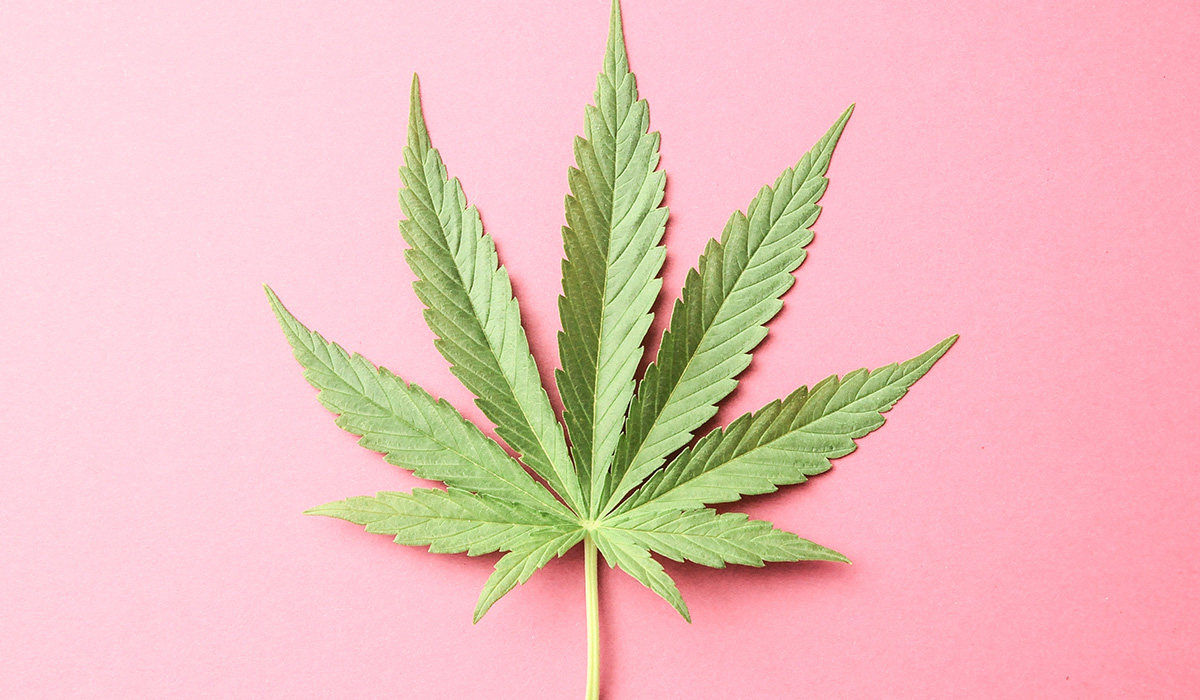 To be clear, THC poisoning is most likely to happen when someone eats a whole edible that’s intended to be multiple servings. “It’s essentially an overdose. It’s not like heroin, it’s not certain death, but it is something to be concerned about.”

However, SAM’s number one fear is creating Big Tobacco 2.0.

Like the Joe Camel of days gone by, Sabet believes that the cannabis industry is already coyly marketing to kids, noting edible products such as candy and lollipops. “Both the alcohol and tobacco industry make their money off the backs of heavy users,” and these users are frequently hooked at young age. “The two existing industries are the last things you want to use as examples. But we also don’t’ want people in prison for low-level amounts – that’s not criminal.”

SAM is also wary of the money now backing legalization. “This is not Cheech and Chong, it’s [the] MBA graduates who are raising money for this industry. The flower children values are being replaced by the values of Wall Street.”

One Thing We Can All Agree On

Today, hemp – a crop that has been outlawed in the U.S. since 1937 – is slowly making a comeback, and this one has nothing to do with getting high. 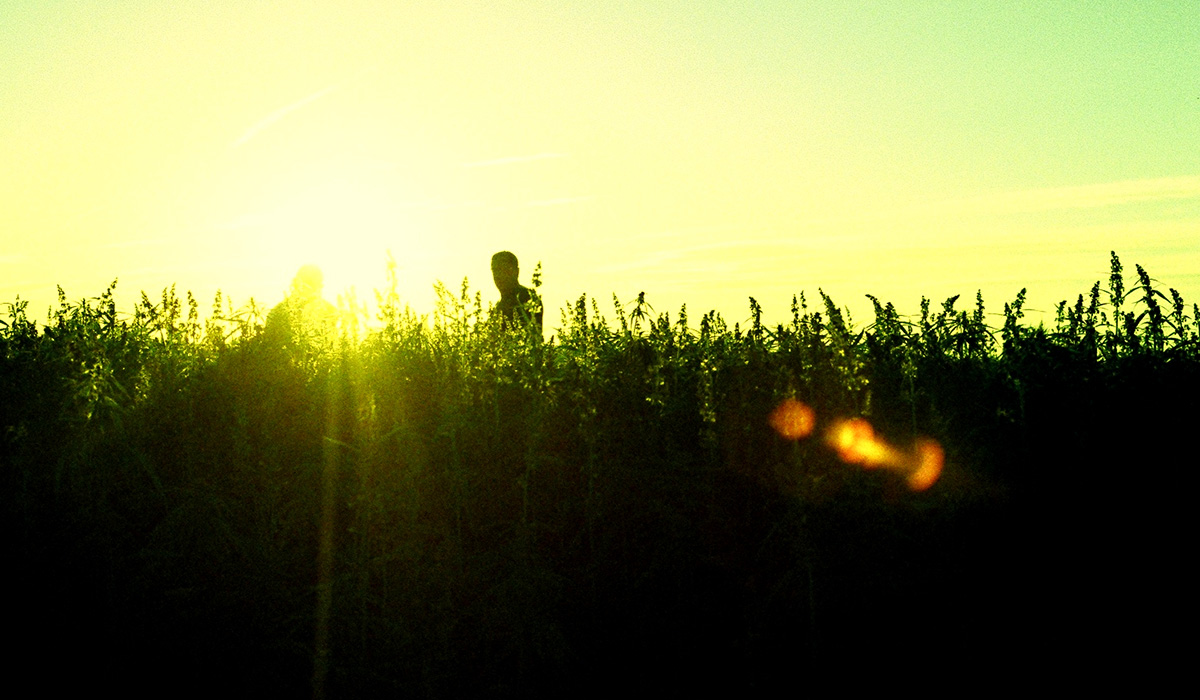 With roots stretching all the way back to the B.C. era, hemp was one of the very first crops to be cultivated. America’s Founding Fathers used hemp daily, and both George Washington and Thomas Jefferson grew fields of it. Once upon a time, it even grew on the Pentagon’s research farm. During the “reefer madness” war in the thirties, hemp got lumped into the mix, and has basically been prohibited ever since.

Yet, according to Eric Steenstra, the executive director of the Hemp Industries Association and president of VoteHemp.org, one of the only things hemp can’t do is get someone high.

It can, however, be used in clothing, in cars (hemp fiber deposits have replaced fiber glass in BMWs and Mercedes), in houses (hempcrete produces less allergens), and the seeds are trending in both food and body care products.

“Hemp was written out of the history books,” says Steenstra. The Virginia native has spent 14 years working to allow American farmers to grow hemp once again. “But it’s a great sustainable crop, unlike cotton, which is not environmentally friendly.” In fact, cotton requires more water, more herbicides, and depletes soil of minerals. Additionally, hemp can be grown throughout the country, while cotton can only be grown in the south.

Last February, an amendment to the 2014 farm bill was passed that allowed pilot programs and hemp research crops to be grown in the U.S. Within these pilot programs, there are currently 19 states where hemp can be legally grown.

Though it’s still illegal to grow in most states – and complicated in those where it is legal – hemp is still affecting American pockets.

Importing hemp products has become a $500 million industry. “This is a driven market, but it’ll take time to get off the ground,” says Steenstra, comparing hemp to soy in the seventies – when it was an insignificant crop. Today, soy is one of the country’s largest crops. “Canada legalized it 15 years ago and it’s still small crop relative to others out there. But the potential is there.”

Like marijuana, federal legalization seems to be just a matter of time. “Once you truly evaluate the cost/benefits of this ridiculous war on cannabis, it’s very easy to come to the conclusion that the laws are more dangerous than the substance itself,” Mary Patton sums up. Do you have a penchant for anything glamorous and outlandish? Are you inspired by different times in history? Do you want...

Ending the War on Mary Jane - The Holidazed Issue